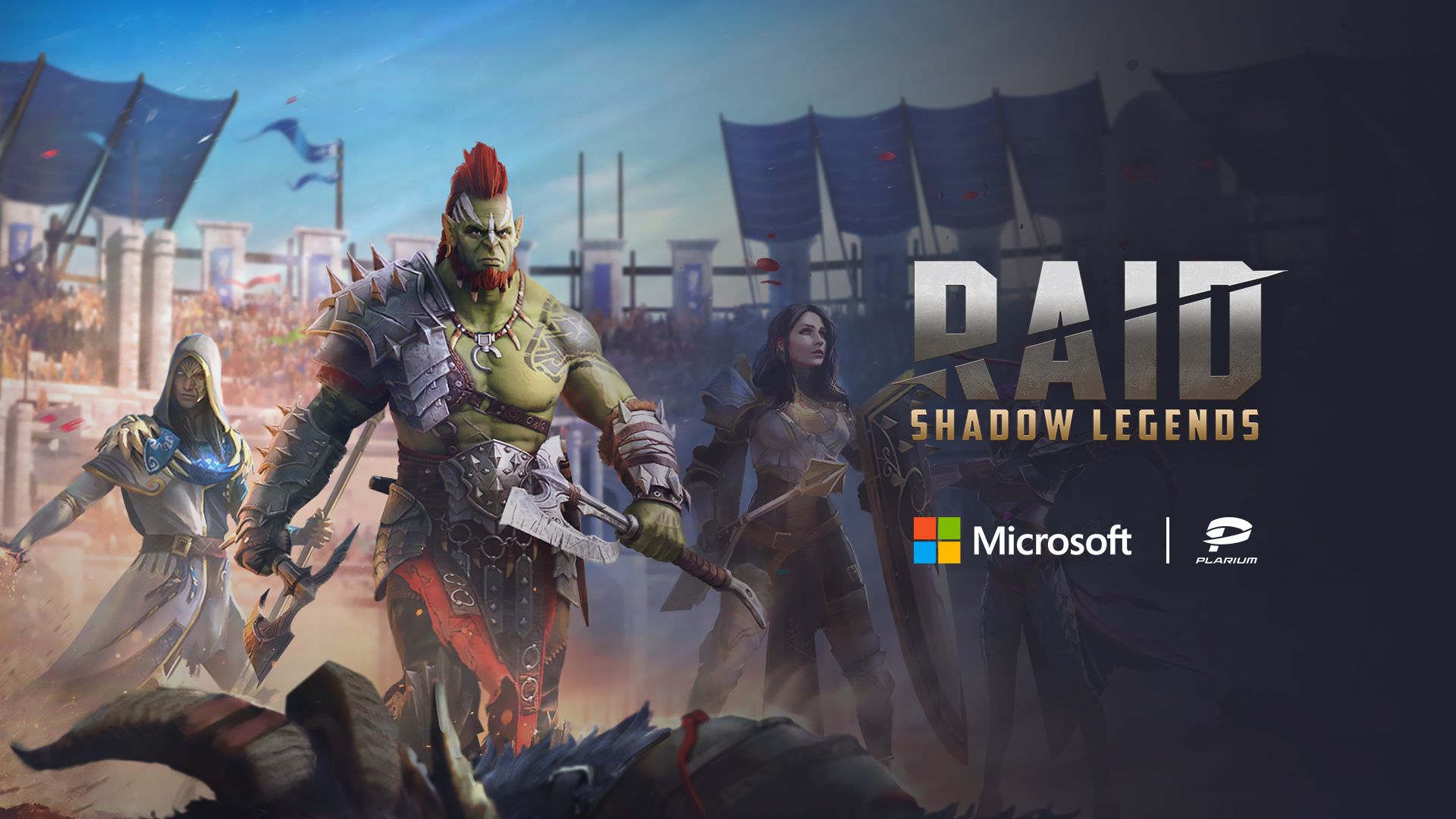 TEL AVIV, ISRAEL – April 28, 2021 – Plarium, a developer and publisher of mobile and PC games with more than 380 million users worldwide, today announced its acclaimed mobile collections RPG, Raid: Shadow Legends, is now available on the Microsoft Store and will be featured in the coming weeks. Since its launch in 2019, Raid has become one of the fastest-growing collection RPGs. First-time and existing players of Raid can sign-in using their Microsoft account or Plarium ID to have access to the latest feature updates, including Doom Tower and Clan vs. Clan Tournaments, and receive cross-play capabilities with synchronized game progression on PC and mobile.

The turn-based dark fantasy RPG immerses players in the distressed realm of Teleria with 500+ unique champions across 14 different factions, brought to life by intricate character design and an extensive story-driven (PvE) campaign written by Paul C.R. Monk from Assassin’s Creed: Syndicate as well as AAA-level voice talent from Mass Effect and The Witcher 3. The campaign and multiplayer (PvP) components are unified to determine player rankings for one of the most robust game experiences in the collection RPG genre.

“We are excited to bring Raid: Shadow Legends to a brand new player base, especially with the global reach of the Microsoft Store,” said Guy Ulmer, head of strategic partnerships and platform relations at Plarium. “Our aim is to ensure as many gamers as possible can enjoy Raid, and that we can offer a great experience wherever they decide to play, whether it’s mobile, PC or on Mac.”

Raid: Shadow Legends can be downloaded on the Microsoft Store here. Raid is also available on PC and Mac through Plarium Play, the company’s own Launcher and publishing platform optimized to provide best-in-class native quality and performance, as well as iOS and Android for smartphones or tablets.

Plarium Global Ltd. is dedicated to creating the best mobile and PC experience for its community of over 380 million hardcore and casual gamers worldwide. Our diverse portfolio includes over 20 games ranging from hardcore RPGs to casual adventures, featuring acclaimed titles such as Raid: Shadow Legends, Vikings: War of Clans, Lost Island: Blast Adventure, and the Stormfall franchise. The App Store and Google Play regularly feature our games, with Facebook twice recognizing us as a top hardcore Facebook developer. Plarium employs more than 1,500 specialists at its headquarters and across eight offices and development studios in Europe and the United States. Our games are available on iOS, Android, and PC. They are also available through Plarium Play, our optimized game launcher for PC and Mac players. Plarium was acquired by Aristocrat in October 2017 and operates as a wholly-owned subsidiary. Visit www.plarium.com for more information.