This article is also available in Ukrainian and Russian

This is the first article in a series dedicated to the animation in Raid: Shadow Legends, a dark fantasy mobile RPG. For Raid, we had a simple choice: generate an unthinkable number of animations for a staggering number of characters, all the time, constantly… or cheat. We did both. If you want to learn how we did it, well, you’re in the right place.

Raid: Shadow Legends boasts more than 400 characters, 16 factions, dozens of unique bosses, over 350 animations, and impressive visual effects. In Plarium Kharkiv, I manage a team of six, and it’s our job to create animations and rigs, set up character skins, ensure character models match their technical requirements, and test all our assets to get rid of any errors.

Over the years this team created a healthy number of 3D animations, but Raid: Shadow Legends was… suffice to say, a unique challenge. It was the first time we’d had to deal with such a variety and number of characters, not to mention the number of characters yet to come - after all, a collection RPG is built on its ability to expand content, and that means more characters… which meant, if we weren’t careful, far more work than a tiny team of seven could manage.

But, it was a challenge we overcame, and one you can overcome as well. Let me tell you how.

Before We Begin: Pre-Production Planning

While the other Raid teams were engaged with gameplay development, concept art, initial environment sketches, and character models, we were figuring out how to make our characters vivid.

To do that, though, we needed to know what we were dealing with, and we had to take stock. This resulted in some lists - lists of things to do, things we had already done, and things we had around to do stuff with.

What to Consider During Pre-Production

Raid’s hard launch goal was over 300 characters, each with unique skill sets. Since it was in a fantasy setting we also had a handful of different races, which could easily create rig incompatibility between characters. Sure, many were anthropomorphic creatures such as elves, dwarves, sorcerers, and vampires, and they were unlikely to demand specialized rigs. However, we also had weird characters like spiders, dragons, monsters, and giants with multiple arms. So, we had to plan for all these things.

With these demands in hand, it was time to start making things. 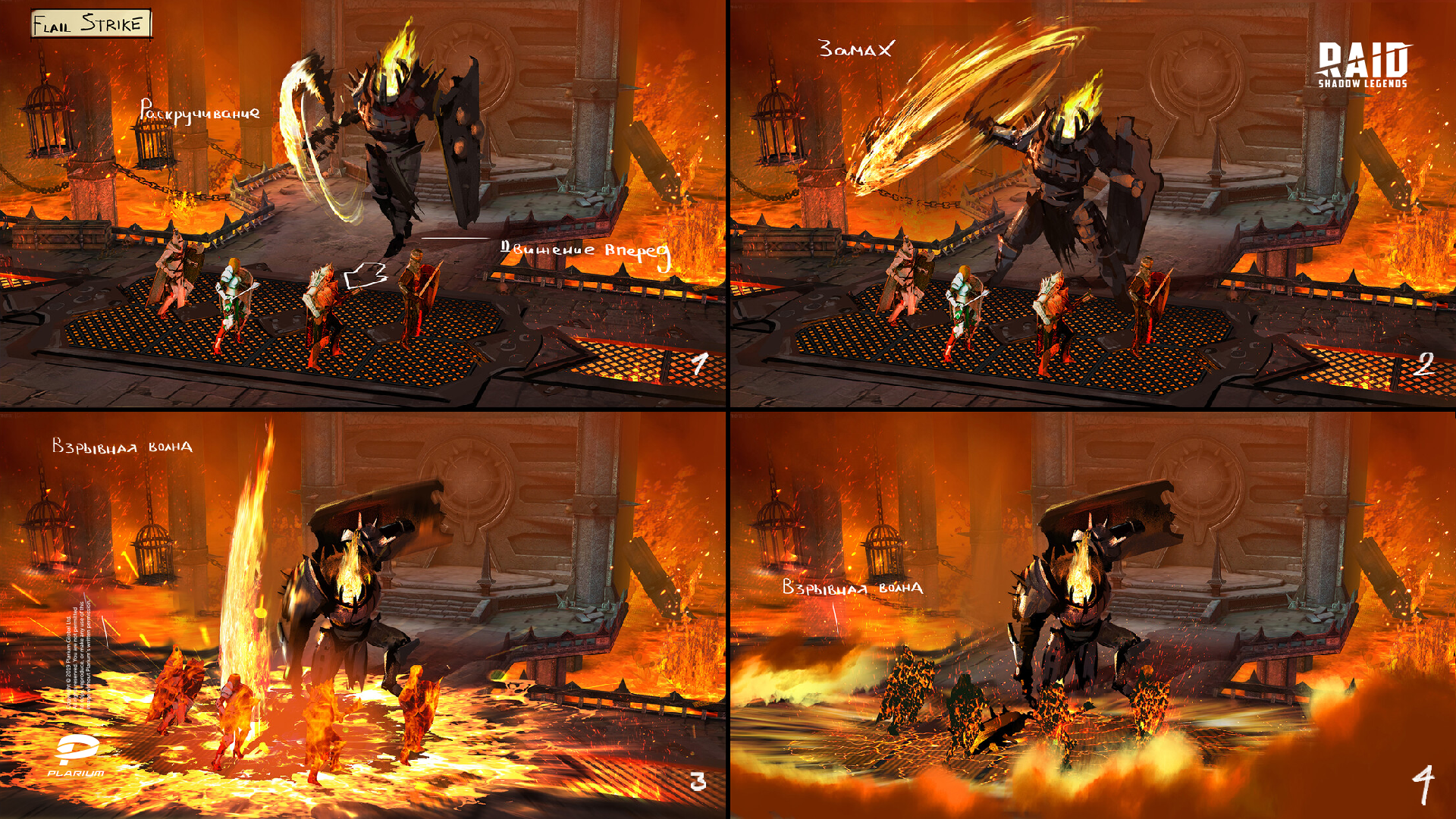 Before rigging could begin and animations could be developed, we needed to determine how to get questions answered efficiently. Because there would be questions. It was important to communicate with the other teams and ensure that all the rig’s characteristics were correct.

Communication happened through talking or messaging, of course, but one of the most essential parts of the process was documentation. I cannot stress enough the importance of technical documentation when working with so many teams.

Before a character could be drawn and modeled, we needed to design the character’s rig. Each race, or racial archetype, had specialized rigs that had specific features to support the eccentricities of the race’s appearance (wings, horns, a hunched back, etc.). These rigs would enable the race to look and behave like it should, but the rigs also limited the flexibility of the artists and modelers. 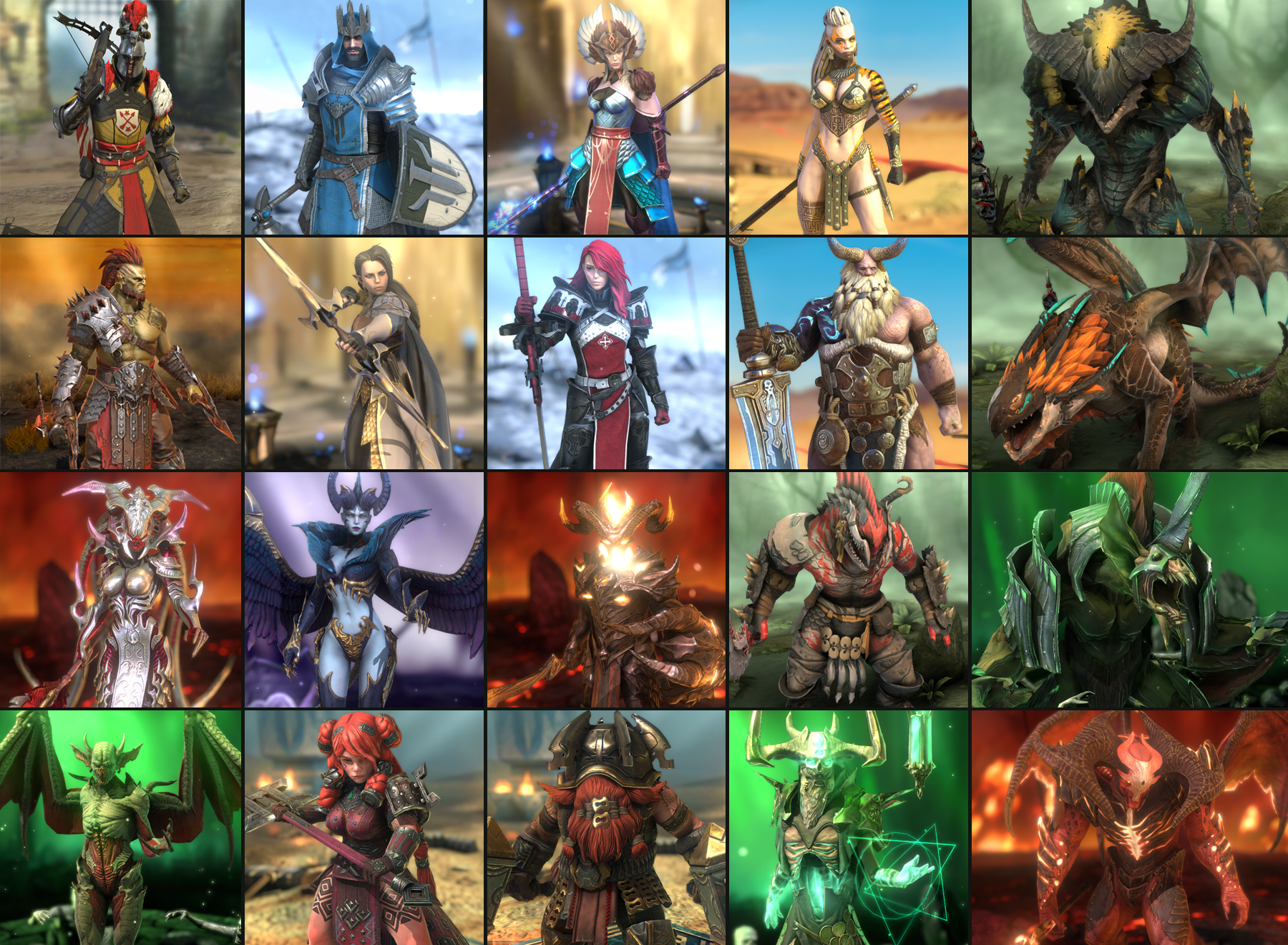 Remember: Communication is the highest priority during all stages of game development!

Every member of the team has to know not just their own workflow, but also the workflow of everyone else in the pipeline.

This means, for an animator, knowing which team receives their finished animations, which team creates the models and concept art, and which team designs the character’s in-game mechanics and systems. That way, we know who to check with if something goes wrong, and we can contextualize the list of requirements we might receive from another team.

Creating unique animations for the over 300 characters Raid planned to launch with was a tall order to say the least. Even just a bare 10 animations for each character would have meant over 3,000 animations just at launch, with that number ballooning as the game continued development. It would have taken years to ensure that many animations were up to our standards, and we weren’t gifted with so much time. So, we developed a system to let us reuse animations.

In the planning stage, we divided up the 300 characters into a few different archetypes based on physical characteristics (stuff like gender, whether the character can fly, and if it fights on four legs). These got turned into rigs, about 10 in total. From there, we created sets of animations based on the types of attacks characters would use - usually this was the weapon they were carrying, but for creatures like dogs or wolfmen it was based more on their physiology. From there, adjustments were made based on the character’s special abilities.

This led to a catalog of prebuilt animations, divided into broad categories based on weapon. When creating a new character, we looked over their weapon category’s animations, checked them against the character’s skill set, and made sure there was an animation for every ability or combination of abilities. The results gave us something like this:

That worked great for the player’s usable characters, but the stranger creatures in the bunch were the bosses: giant spiders, dragons, armored magicians, huge monsters, and other weird beasts that would be challenging the player. There were no shortcuts for those, but due to our animation reuse system we had the time and capacity to handle the relatively small number of unique monsters.

Rigs and Skins for Infinite Characters

What to Look For During Skin Setup

Reusing animations greatly decreased the overall scope of development, but it did make skin setup and testing significantly more complicated. Every character had to be checked, the generic animations imposed stricter limitations on model variation, and the system caused more errors that had to be addressed by hand. It still saved time (there was an order of magnitude fewer animations to do), but it wasn’t perfect.

We tried to address this difficulty by starting with a small number of characters, weapons, and initial postures for each rig. The rigs were created according to the technical requirements of the character’s anatomy: bodily proportions, limb positions, where clothing could hang or lie on the body, hair, attachment positions (things like belt pouches or equipment), weapon elements, and a few other things (wings, tails, etc.).

Once a model was ready, it would be skinning time. Every part of the model’s anatomy was attached to a bone in the rig, and if the skin didn’t use certain bones (like wings or capes, for creatures without anything on the back) it wasn’t a problem. The system was remarkably flexible, and different characters using the same rig, even within the same faction, could look quite different.

There were some added complexities to this, though, when we encountered some of the more dramatic character features (such as when a boss had to grow two additional hands in the middle of a battle).

We also ran into trouble with the “monster” rig, since it had to cover an archetype that was rather broad. Raid is full of monstrous characters: demons, turtles, werewolves, entire factions of ogres, mutant rams, and lizardmen - the list goes on.

Monsters had a lot of variety in not just their equipment, of course, but also their anatomical features that would influence their geometry. The rigs would have to account for or be adjusted to accommodate stuff like paws, hooves, thorns, horns, fur, tails, carapace, claws, wings, tentacles, chelae, and more.

Compromises were sometimes made. Our rigs did limit creativity, but we prioritized flexibility and imagination as much as we could; after all, the more limitations there are, the less diversity you’ll get, and that in turn decreases the player’s interest in collecting. That’s not an acceptable outcome when working on a project like Raid. It just doesn’t fit the genre.

Animation reuse is ultimately about picking your battles. We had to find the places where character uniqueness could shine through most and be more visible to the player, and deprioritize areas where the work just wouldn’t be noticed. And, of course, we had to always make sure that it all actually worked.

We have a rule on our team: if you make an in-game animation, you test that animation yourself. Sure, there are dedicated testers that exist to find bugs, and they’re usually great at their job. But they’re looking for errors, and “that doesn’t look quite right” might not seem worth reporting. It can also be hard to convey the problems in the appearance of an animation through documentation.

Animation is a creative process, and it’s hard to measure or formalize it so that a tester has a good grasp of what to look for. It takes an animator to spot the little flaws that can hold back an animation, just as much as it takes an animator to fix those flaws. The only way to be sure that an animation will appear in the game the way you intended is to take the effort and check for yourself.

Creating an animation isn’t something you can just turn in and forget about. Strong visuals play an essential role in RPGs like Raid: Shadow Legends. Dozens of skill combinations, attack animations and interactions between characters, variety in character appearance, proper clothing simulations, different weapon types for each of the 16 factions - this sort of content puts a lot of pressure on the developers, but it’s also necessary to create a dynamic and exciting experience for the players.

Proper testing has a direct impact on the quality of the work, just like in game systems design or programming. The players can perceive the difference, though they might not be able to articulate it.

A philosophy that puts emphasis on testing is essential, but it did cause us problems in this particular assignment. Normally, it just adds one more step to the process: test the animation before passing it on. This time, though, a single animation could be used in dozens of different circumstances, with dozens of different skins and character models. There was no choice but to check them all.

In this process, there are no shortcuts. Ultimately, we simply made it part of our workflow. When a new model or skin came in, we had to check it against every animation (and every combination of animations) used by that character’s rig archetype. Geometric peculiarities in a new skin can create unforeseen errors, so it pays to be thorough. When planning a new rig, we considered not just the existing concepts for characters that will use that rig, but also alternative characters that might use that rig when the game expands in the future.

For Raid: Shadow Legends, we ended up creating more than 350 animations that were tested on every single one of the 400+ characters, in a variety of different combinations. Generally, this meant setting up the skin on the character’s rig and testing around 12 to 15 animations. Every animation went through routine testing in-engine (our engine was Unity 3D) for every character’s archetype.

Once the game ships, congratulations! You’re done! Everything’s over, and you can all pack your bags and head to the Bahamas.

I’m kidding, of course. When the game gets released out into the world, it’s when the real work begins.

Things to Consider After Release

Following this strategy, we’ve made many changes to our team’s structure and workflow as Raid has continued its success after its launch in 2018. The game has now hit more than 400 characters, with many more on the way. We’ve faced all sorts of challenges on the road, and in order to meet them we continue to develop new approaches to creating and testing character animations.

Keep an eye out for more articles to come, on animation and beyond! 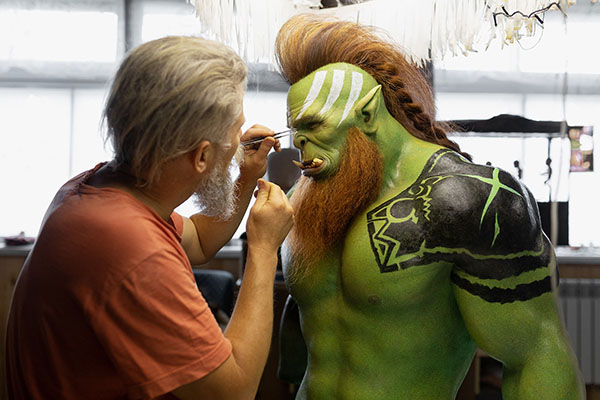