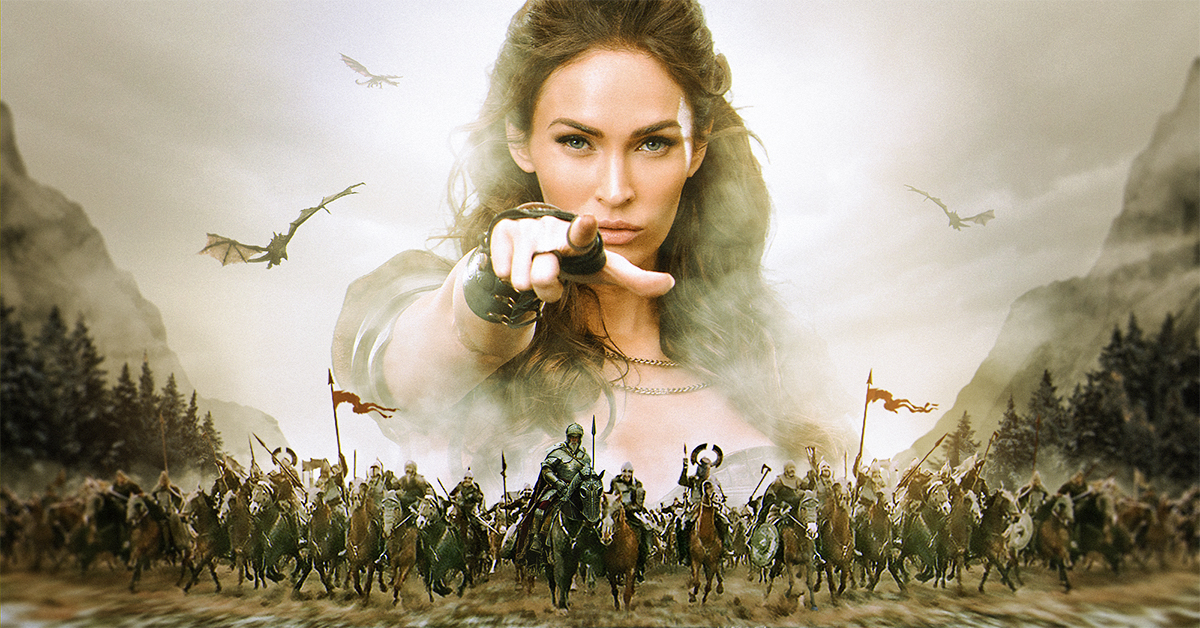 The use of celebrities in both in-game art and promotional campaigns is nothing new.

However, in the face of rising scepticism surrounding these ventures, developers are challenged to ensure any celebrity promotion appears justified. Mobile developer and publisher Plarium is the latest to tackle this following the announcement of its partnership with actress Megan Fox.

The Transformers star will be appearing as Amelia Delthanis, a character from Plarium’s mobile MMO Stormfall: Rise of Balur – and the in-game model will be updated to reflect Fox’s likeness. Marketing director Roman Zhdanov told us how Plarium is attempting to avoid the same pitfalls as the Game of War campaign by making the players as much a focus of the ads as Fox herself.

Why did Plarium choose to get a celebrity involved in your Stormfall campaign?

It’s no surprise to anyone that the mobile gaming market continues to get increasingly crowded, and even with a great game and good brand recognition, it isn’t always enough to break through the noise.

Partnering with celebrities like Megan Fox is a great way to help us get our games in front a lot of new players so they can enjoy them, while keeping things fresh for our loyal fanbase that have been with us for years.

How did the Megan Fox partnership come about?

From the start, we had a general idea of what we wanted from the character Amelia – the one Megan plays. She had to be strong-willed, commanding and quick witted.
Megan Fox both personally and professionally has shown these qualities, and we knew she would portray the character in the way we envisioned. Then it was just a matter of reaching out to her and her team.

Did you change/add to the game at all to reflect the campaign, e.g. Adding Megan as a character? If so, were there legal limitations to this?

As mentioned, we did have the idea for a character Amelia in-game, and we searched for a representative who best fit the character we created. So we didn’t need to change a lot – just Amelia’s likeness. The character will retain her likeness until May 2017 and then we’ll change it back. We also plan to add on new quests based around the character and intend to introduce new features and events over the course of the next year.

The campaign has drawn inevitable comparisons to Machine Zone’s use of Kate Upton in Game of War: Fire Age. How does your campaign/partnership differ?

The focus of our campaign and our advertisements are more humorous in nature, and focus first and foremost on the gamer. All our spots begin and end with the player – Fox’s character is there to support the scenes. We are trying to make fun of scenarios that we and other hardcore mobile gamers experience when they play the type of games we develop. The first ad we released focuses on rage quitting, for example.

The Kate Upton campaign was heavily criticised for the sexualised nature of her costume and involvement in the ads. How have you attempted to avoid this with the Megan Fox ads?

As I said, the focus of our campaign is on the player and having fun with various experiences and emotions players have in our games, so we never really ran into an issue with suggestive themes. Amelia’s main attribute in these spots is her strong-willed character, which was used in a humorous fashion throughout the ads.

What are the biggest challenges of using celebrities to promote your game without making it seem tenuous?

I wouldn’t cite them as challenges, but we did need to adopt a certain perspective toward it. You have to be honest with yourself and transparent in the way you present a celebrity in your game. We know why we use celebrities and so do our players. We love our product and want to show it to the greatest number of possible consumers. This is why we elected to focus our campaign in the way we did – to have fun with it.

It’s worth noting that this game is not for every type of player, and there was never such a goal to make all smartphone owners download the app.

More and more games, particularly on mobile, are including celebrities within the game’s concept or artwork: from Kim Kardashian’s Hollywood to Arnie’s Mobile Strike. Why is this becoming such a big trend?

There are a few reasons I think. For one, celebrities and gaming seems like a natural fit and has been used by advertisers for many years in other forms of product promotion. The mobile market has now begun to make a lot of money that can be budgeted into these costly initiatives, which is why we are seeing it now.

The second reason for this trend is that the mobile game market continues to become more saturated and cost per user is skyrocketing. To help increase the chances of acquiring these new users, turning to celebrities can provide that instant recognition and their fans on social media who will hopefully enjoy the game and continue to play. It helps to have a familiar face. 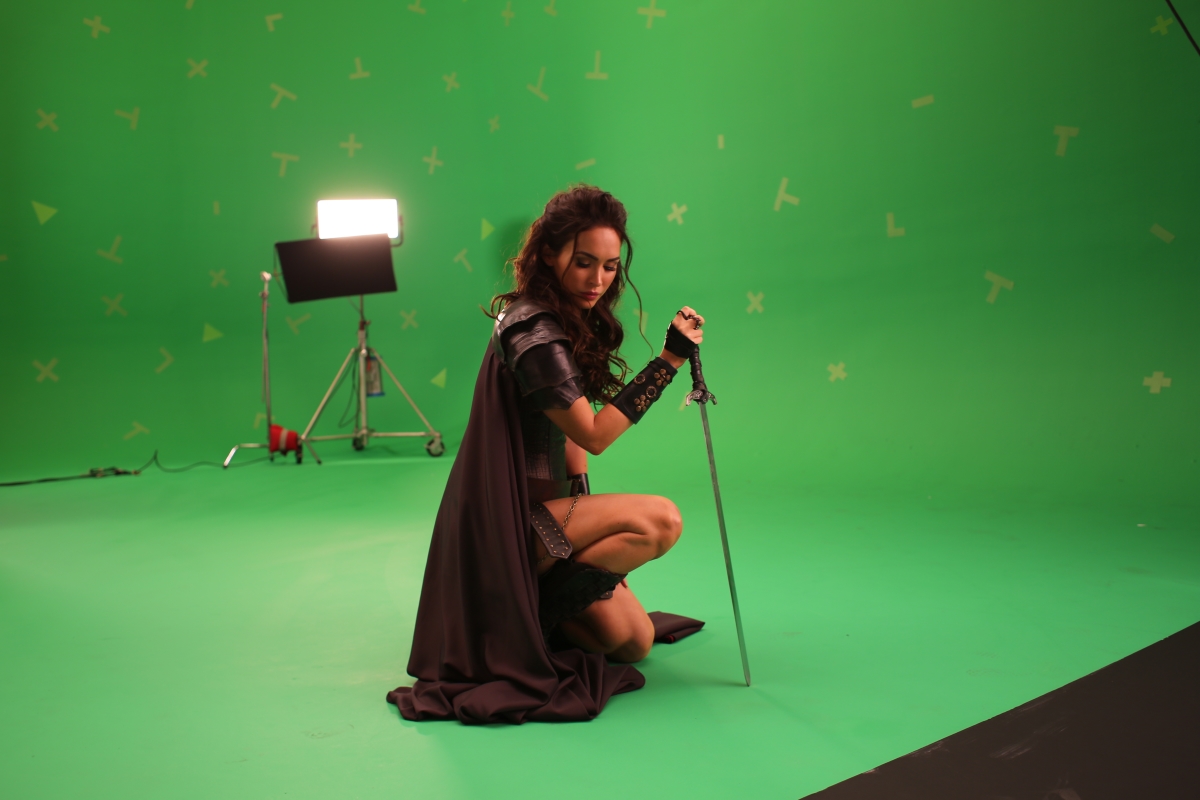 How important is it to ensure your game stands up in terms of quality without relying entirely on the use of celebrities?

It’s crucial. No one will play your game if it isn’t fun or engaging, no matter how many celebrities you put in a commercial. The hype is great, but the thought process going into something like this should be ‘I have a great game and I want to show it to as many people as possible’.

In mobile gaming, this is even truer than with most other products. Someone can download the game and delete it in a minute, without paying a dime. Deleting a car, for example, is significantly harder.

Develop has been told recently that it is almost impossible to succeed on mobile now without a celebrity/brand. Do you agree? Why/why not?

First, it definitely depends on your budget and goals. Secondly, at the risk of sounding unpopular, it is possible to succeed without a celebrity, like any other product. Does it need to be promoted? Yes, of course, but how you do it is a whole different story.

The brand issue is a bit more complex – it depends on the type of game, the target audience, your plans for the future and many other things. But in any case, success goes far beyond creative solutions – it’s an important part, but it’s only a part.

Any advice for studios hoping to get celebrities involved in their game/promotion?

Build the celebrity into your game and not the other way around. While it may seem easier at the early stages to do the opposite, the end product will come off as insincere and incomplete.

10/11/2020
Simple Yet Accurate: Calculating a LTV prediction for games, without being a Data Scientist