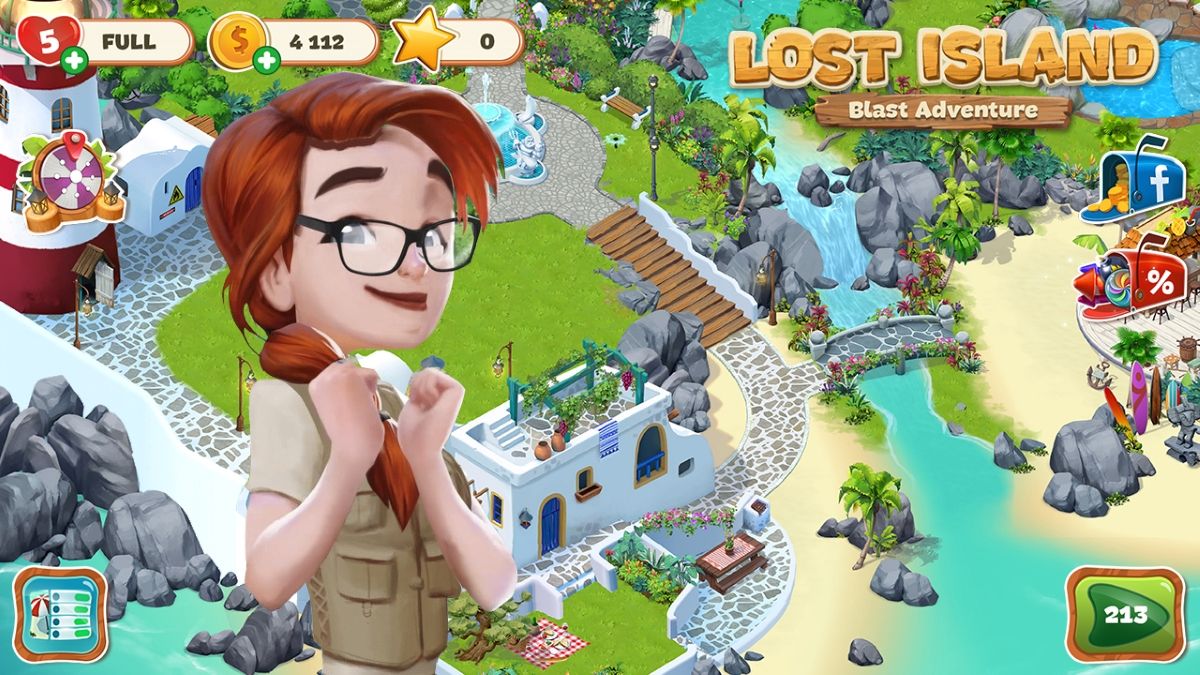 TEL AVIV, ISRAEL – June 7, 2018 – Plarium, a developer of mobile, social, and web-based games with more than 250 million users worldwide, today announced the launch of Lost Island: Blast Adventure, the first story-driven Blast game with an in-depth item collection and inventory system that influences each new puzzle. The game traverses 750 unique levels of blast puzzles with the largest grid in the genre.

Players begin the journey by arriving on their newly purchased island with the hope of creating a comfortable home among the friendly inhabitants who reside there. Upon arrival, there are rumors from the locals about haunted ruins, strange relics, and destructive storms said to be caused by the remnants of an ancient civilization from hundreds of years ago. Within moments the player is paired with the inquisitive and intelligent archaeologist, Ellie, to help to solve the intriguing and dangerous mysteries plaguing the island and build it anew.

“Lost Island is the first Blast game to provide a complete narrative experience for the player, filled with unique characters that help bring the experience to life,” says Dima Karger, Producer & Director of Art and Game Design at Plarium. “We wanted to set a new bar for the genre by providing faster and more involved blast gameplay than exists today, and tie it to an engaging plot line that creates one cohesive game, rather than a series of levels.”

“In many ways, Lost Island is the result of what we learned from many years of development in strategy/RPGs for mobile to bring a level of immersion that’s missing in many casual games,” says Gabi Shalel, CMO of Plarium. “It provides the quick fun, addictive gameplay, and vibrant design the genre is known for, but is built within a fully-developed story experience and item collection that affects the way a player experiences the game.”

Lost Island: Blast Adventure is now available for users around the globe in Chinese (Simplified & Traditional), English, French, German, Italian, Japanese, Korean, Russian, Spanish, Turkish and Portuguese. It can be accessed on the App Store and on Google Play.