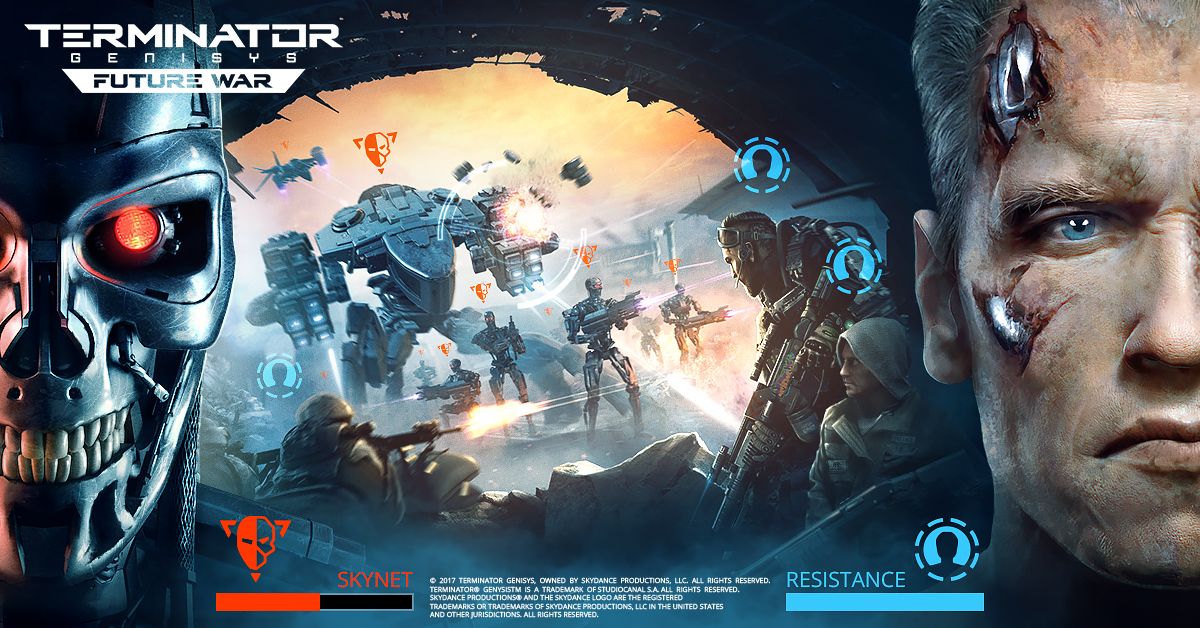 Tel Aviv – May 18, 2017 – Plarium, a leading developer of mobile, social and web-based games with over 250 million users, announces the release of Terminator Genisys: Future War™ for iOS and Android mobile devices. The clan-based massively multiplayer online (MMO) strategy game pits man versus machine in a global battle for the fate of humanity.

Plarium has expanded the Terminator Genisys narrative that follows the conclusion of the Skydance film, when the remnants of the Resistance are locked in a civil war over the few resources and weapons remaining. Players start the game on a war-torn battlefield littered with Resistance holdouts and hostile Skynet facilities, just as the machines arise once again to ignite a new chapter in the Future War. In a first for any Terminator game, players will have the option to be a Resistance or Skynet Commander as they battle rival player alliances for territory, dominance and survival.

“Pairing the Terminator Genisys universe with Plarium’s advanced strategy gameplay was one of the most natural creative decisions we’ve made because the franchise aligns so well with our core game mechanics,” said Gabi Shalel, CMO of Plarium. “From the epic scale of the game to the diverse weaponry, futuristic technology and ability to play as ‘good’ or ‘evil’, this is the experience Terminator fans have always wanted.”

Will you be Man or Machine?

Terminator Genisys: Future War is now available for users around the globe in English, French, Spanish, Italian, German, Russian, Simplified Chinese, Traditional Chinese, Japanese, and Korean. It can be accessed on the App Store and on Google Play.

Screen Crush: There‘s No Fate But What You Make in ‘Terminator Genisys: Future War’.