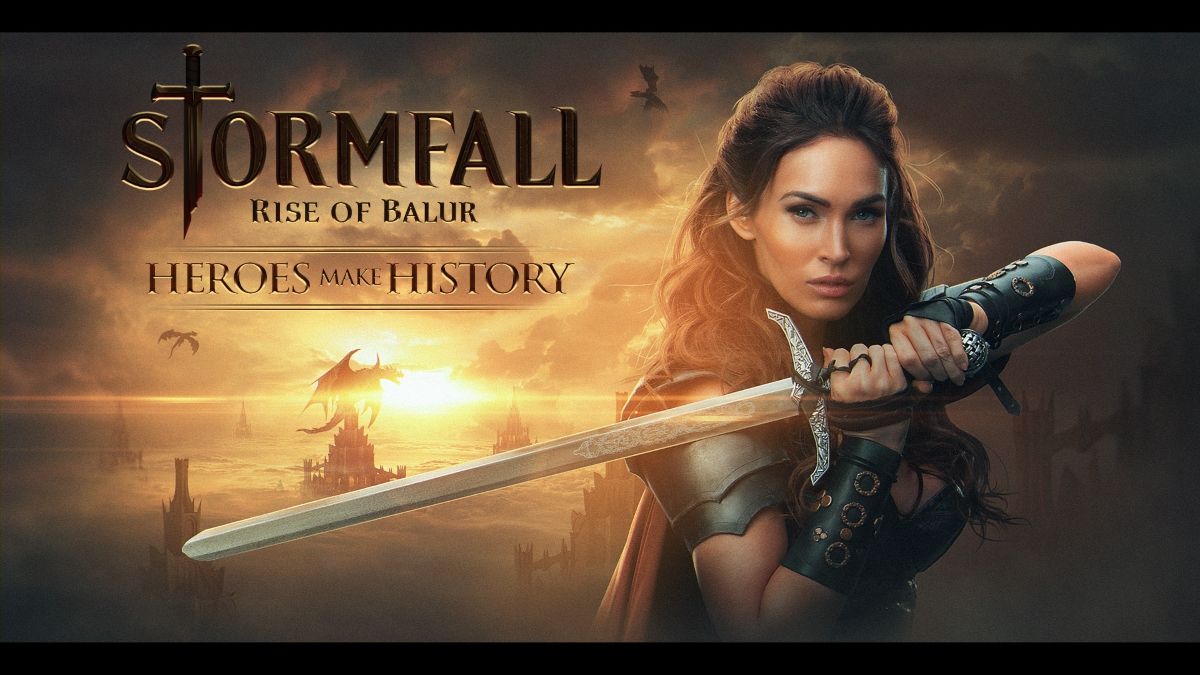 TEL AVIV, ISRAEL – May 4, 2016 – Plarium, one of the world’s fastest growing developers of mobile, social and web-based games with over 250 million users, today announced a deal with actress Megan Fox (Teenage Mutant Ninja Turtles, Transformers) to lend her likeness and persona to the new main character in their wildly successful Massively Multiplayer online (MMO) strategy RPG, Stormfall: Rise of Balur, on both iOS and Android. Currently, the game has over 7.5 million registered users across platforms.

Megan Fox will be lending her likeness to Amelia Delthanis, Captain of the High Council Guard. Her fierce and strong-willed demeanor caused her to cut ties with her highborn upbringing, to take up the sword and pursue the path of a warrior. She will serve as mentor and guide as players join the fight to save Stormfall from the forces of darkness. The new character is the first in a series of updates to Stormfall over the coming months, including a new tutorial and a single-player campaign that will explore the many quests and experiences that led to her character’s current role in the game world.

“I’m really excited to play the role of Amelia in Stormfall,” says Fox. “Not only do I get a chance to lead players through the beginning of the game, but it’s fun to play a very empowered, strong female character.”

The medieval-themed Stormfall: Rise of Balur was released in January of 2015 and continues to host more 1.8 million raids a day and clocks in with 5.5M hours of gameplay a month. It is a successor to the original Stormfall: Age of War which gained acclaim upon its release on Facebook in 2012, and went on to generate over 30 million users in United States France, Germany, Italy, Spain, the United Kingdom, Russia and more.

“We are thrilled to have Megan become the new face for the Stormfall franchise, one of our most beloved games since Stormfall: Age of War came out on social networks in 2011”, says Gabi Shalel, VP of Marketing at Plarium. “Megan’s experience in other blockbuster franchises and action films means that she will be a great addition to our game.”

Download Stormfall: Rise of Balur on the Apple App Store or Google Play.

Business Insider: We talked to Megan Fox about her new game, the stresses of motherhood, and why she wishes she were a female Indiana Jones.

Forbes: Megan Fox Is The New Kate Upton As She Joins ‘Stormfall: Rise of Balur’.

Gamespot: Megan Fox Is Now in a Video Game.