I Hear Voices: Recording Voiceovers for a Game Project 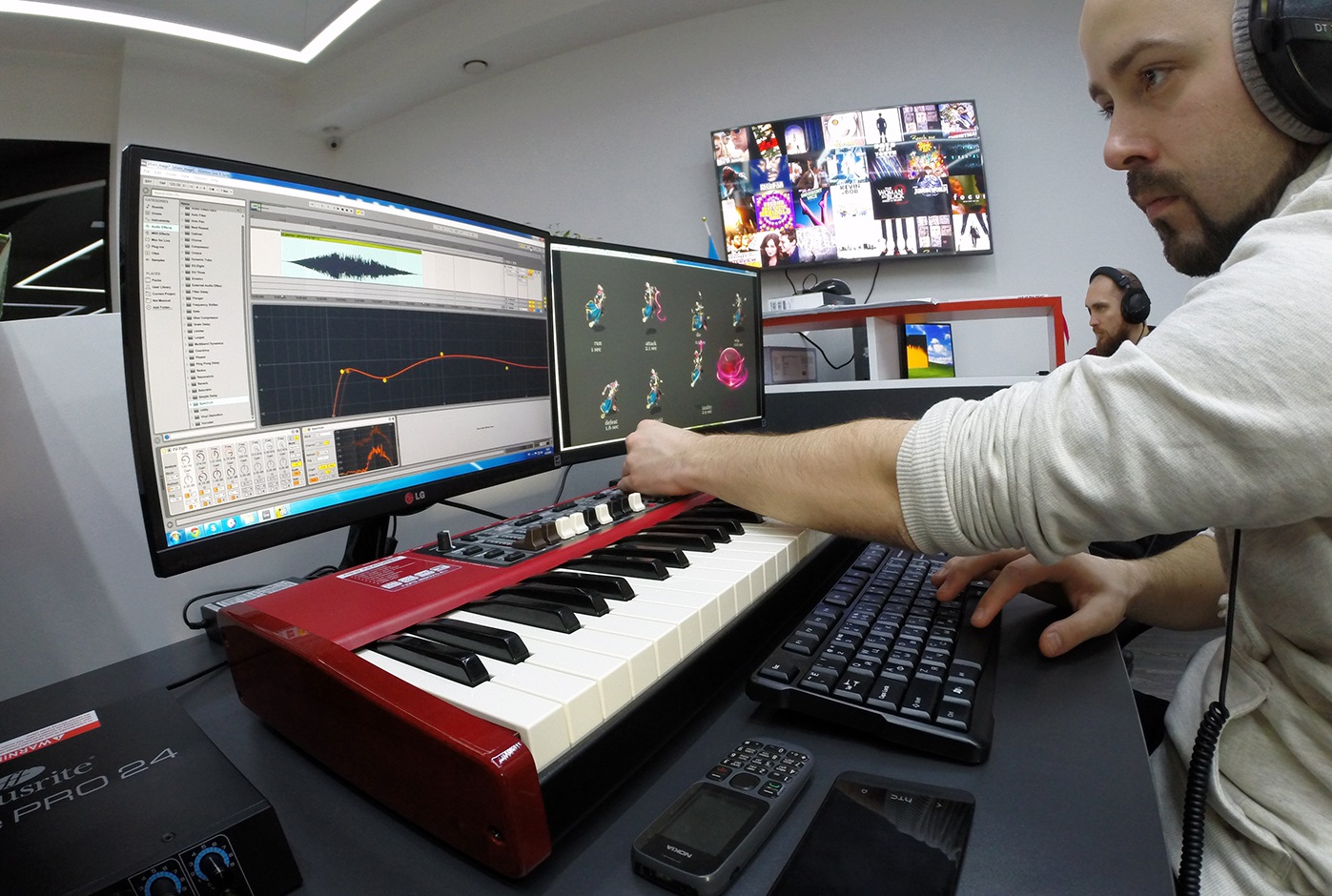 “Should we put voiceovers in the game?”

At the start of any project, this is a question every sound engineer needs to ask themselves. From a gamer’s perspective, the answer is obvious – a resounding “of course!” If only they could take a moment to reflect on the amount of work that goes into producing voiceovers in games… The thousands of lines of scriptwriting, the army of voice actors vying for the role (and the challenge of finding the right person for the job), and the mountains of professional audio equipment involved in the ordeal are enough to make any writer or sound engineer think twice; a simple decision to add voice acting to your project can add six months or more to a game’s timeline! The amount of work that goes into voicing a game is often underestimated or misunderstood, as any sound designer or engineer will be more than happy to tell you.

Those of you considering embarking on this dangerous journey can find some useful tips and advice below.

I Hear Voices: Recording Voiceovers for a Game Project

Voiceovers are used to convey information about game events, plot progression and key gameplay points. The dialogues between characters and NPCs reveal important information that helps the user understand how their actions will be evaluated by the gaming environment. For example, in the Assassin’s Creed series, characters nearby react verbally to the main character’s actions – you can hear them scream, call the guards or simply wonder what a man in strange white clothes is doing jumping on the roofs.

When we developed our first game at Plarium, we decided to have fully-voiced audio for each of the game’s main characters. Although we didn’t expect so at the time, it proved to be a defining factor in setting our games apart from other social games produced by other studios. Since then, we’ve used the same policy for all projects that followed; if a character plays a major role in the game, then he or she has to be voiced. Each and every major character in our games has their own, unique voice, personality, and even catchphrases.

Here, the voiceovers add another dimension to the game, making the end product more engaging for the player.

Types of voiceovers in games

Narration in video games, as well as the music and sounds, can be diegetic, extra-diegetic, or trans-diegetic.

Diegetic speech can be heard by both the character and the player. This includes dialogues, monologues, cries in the battlefield, songs in pubs and even the main character’s thoughts.

Extra-diegetic speech can only be heard by the player. The most common instance of extra-diagetic speech is a narrator’s voice telling the player about events occurring before or during the game. It could also be a voiceover informing or reminding the player of actions they have to take in order to successfully complete a mission.

Trans-diegetic voices belong to the game universe and serve as system notifications. “This bag is full!” – we hear the character’s voice and understand that he’s speaking, but we interpret this message simply as a reminder that it’s time to go to the merchant and sell some loot.

There are a number of studios worldwide offering a range of voicing services. That being said, no matter how hard the outsourced experts try to create and match their work to the perfect product you have in mind, they will rarely do so as effectively as someone who has worked on the game from the ground up.

In an ideal world, and given the voice, I’d assume all developers would prefer to have voiceovers handled by their own, personal studio. All voiceovers being handled by someone who is familiar with the developers, knows the peculiarities of the game, and has a comprehensive idea of what the finished product should look and sound like, will always lend itself to creating a more refined finished product.

That being said, you have to evaluate your capabilities. Will the sound engineers have enough time and resources to cast the right actors? Do you have sufficient equipment and an adequate studio to create a truly high-quality product? Most importantly, how much work will be involved? The timeline of voiceover work is often underestimated. In large-scale projects, the voicing process can last months or even years. Even short bits of dialogue for a small indie game require painstaking attention to detail, planning and professional advice. If you do choose to outsource the work to an outside company, try to find one that has actual game voicing experience, as it is somewhat different from voice acting for films or other recordings.

The voicing standards depend on the game and its genre: whether it is a runner, browser platform game, or a Next Gen RPG, and whether the script consists of 50,000 lines or just a few short exclamations.

There is no need to invite hundreds of people to the studio for the casting. Successful casting sessions can be arranged even if your sound engineer is a sociophobe and the actors all live on the other side of the planet. Simply send them a script (with corresponding instructions and explanations) and then evaluate the result. Prior voicing experience is preferred, even if the applicant is professional actor – voice acting, and for games specifically, lends itself to a different skillset. Take note of any interesting voices you may hear in films, games or even on the radio. Even if they don’t fit your current project, accumulating a pool of references and examples will help accelerate the conception and casting for future projects.

Be creative. There are many ways to create interesting voiceovers for characters without recording voices of actual actors.

At the moment, there are hardly any game projects that are released completely devoid of any audio elements – and those that do so are most definitely a conscious design decision. However, not all developers realize how important a matching combination of quality graphics and sound are in the gameplay experience. The quality of these two components is vital in determining the player’s level of immersion into your game universe.