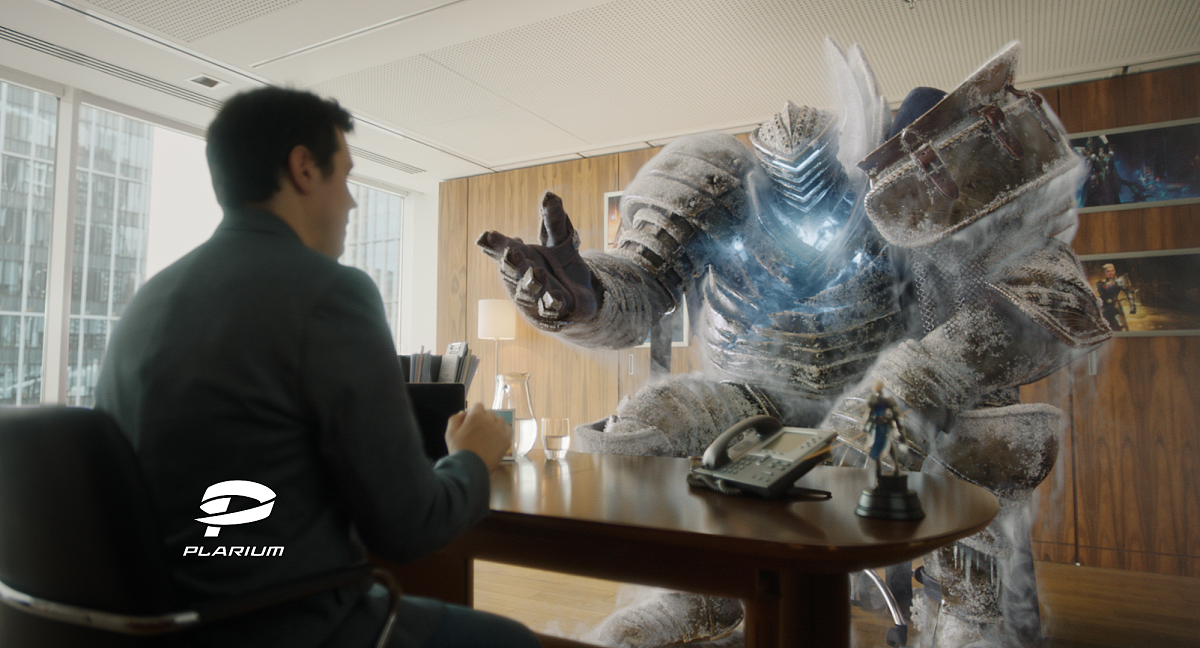 These aren’t your usual interviews! Plarium, a mobile and computer game developer, is releasing new ads, advertising both their popular RPG RAID: Shadow Legends and job openings at the studios. Champions and Bosses from the game must demonstrate their fantastic, ferocious skills… in an office interview. Who’s going to get the job? Watch the ads to find out!

Both videos for the RAID: Shadow Legends ad campaign were created by Plarium Ukraine, using their cinematic and animation expertise to create ads like no other. The Creative, Video Production, Audio, Event Management, and Localization Departments worked on these videos, with live-action shooting in Kyiv and motion-capture for character animation taking place in Plarium Kharkiv’s studio. The Employer Brand team was responsible for adapting it to Plarium’s recruitment goals.

Just to create the coolest-looking animation for our Dark Elf’s teleportation, 25 iterations of various fire and smoke combinations were made. And for the scene in which the Ice Golem displays his freezing powers, the team used not just VFX (combining live-action and CG) but also applied makeup to ensure the headhunter looked suitably frozen!

In the space of a year, Plarium Ukraine has increased its amazing workforce by 60 - but they’re always looking for more. In August and through to September 5, these ads will air on the TV channels 1+1, STB , ICTV, M1 and Novyi Kanal. Interested to join Plarium? You can apply at https://plrm.me/all_vacancies.

Plarium is an international mobile and computer game developer. Their games have united more than 390 million people across the globe. There are 20 games in the company’s repertoire. The most famous games by Plarium Ukraine are RAID: Shadow Legends, Total Domination, and the Stormfall franchise. Plarium Ukraine’s offices are located in Kharkiv, Lviv and Odesa, where more than 750 employees work.